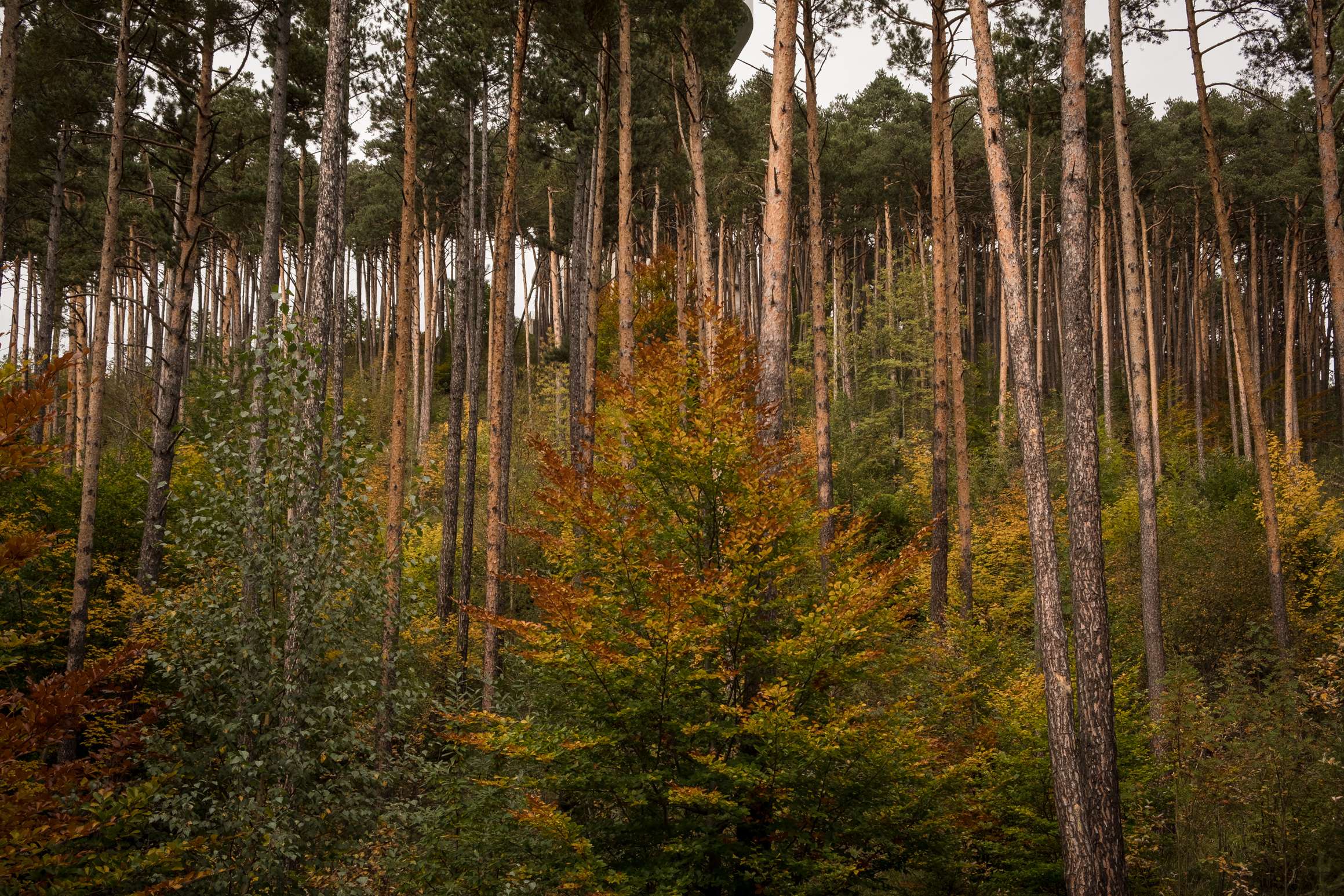 Chris and Markus are busy being professional adults meaning we have to fend for ourselves. It’s the first time we’ve left their house in 3 days (we were only supposed to stay 2 nights) but luckily we didn’t have to think what to do ourselves, Chris kindly suggested an itinerary. We should visit the Innsbruck Bergisel ski jump.

The Bergisel ski jump is a monumental construction towering over the city. It was designed by award wining Iraqi-born British architect Zaha Hadid. Regarded to be the greatest female architect in the world, she has designed fascinating masterpieces throughout the world including Austria, Germany, UK, China, South Korea, UAE, France, Italy and many more.

Nicknamed the queen of the curve and described by her former professor as “a planet in her own orbit” she was truly an innovative figure. She was the first woman to win the prestigious Pritzker Architecture Prize.

Her style is hard to place in a box, but it often incorporated concrete and glass. It often seems abstract with sharp edges and curves, with a lot of emphasis on geometrics.

The constructions are futuristic but at the same time deep rooted in natural phenomena. Huge and heavy they appear to float and weigh as little as a feather at the same time. This influence apparently came from her love of avant-garde Russian painters such as Kazimir Malevich.

Unfortunately she is no longer with us having passed in 2016 from a heart attack. She certainly left her mark all across the globe.

The Bergisel ski jump was one of her earlier projects and a tough one. It was fraught with opposition from traditionalists. It was also on a tight time schedule due to it needing to be finished in a year ready for the next competition. Zaha described it herself as an organic hybrid, one that gives a sense of movement and speed.

We agree, you can almost imagine it soaring through the air at a galactic pace, completely aerodynamic trembling and piercing through the atmosphere with sheer speed and force.

At the top of the structure, below the actual ski jump is a cafe offering 360 degree panoramic views of the surrounding Alps. Unfortunately for us the cost to visit is as high as its altitude and we cannot afford it. It costs almost 10 euros per person.

We are quite high above the city and the views are already beautiful, Innsbruck is bustling below while the mighty alps tower above. Just the other day we were across the other side of the valley up the mountains. We take a look on Google Maps and we can see that not too far from where we are is something called the Dragon Rocks or Drachenfelsen in German. It piques our interest and we decide to take a walk.

Soon we are on a nice hiking trail, heading upwards. It’s quite tough as we haven’t been very active for the last few days. We’ve just been hanging around Chris and Markus’s house, although, in our defence Caroline has been rather ill for the last few days. It dawns on us that we are supposed to be embarking on a 60KM 3 day hiking journey soon. We begin to feel slightly underprepared.

Working up a sweat, we scurry to the top like two fat little guinea pigs. The Dragon rocks is actually an observation deck overlooking the Sillschlucht (the river Sill gorge). It’s constructed of metal and glass, with a grate like construction. You can see everything underneath it, including the seemingly lacking support. How the hell is this thing standing? Towards the end 20 meters away from actual land and raised over 50 meters above the raging alpine river. It’s extremely terrifying and it takes me even 3 attempts before I can step on it. It reminds us of a similar platform on Dachstein. Thankfully there is no-one around to watch me utterly embarrass my self.

I pluck up the courage and hop on, run around it and jump off the other side. I’ve done it, I’m not scared. Honest.

Caroline describes the view to me afterwards, beautiful and wild. Inspirational and adrenaline inducing. We check the map and there’s a path down to the river and around it, back to Innsbruck. We’ve got plenty of time so we continue walking. It’s very pretty here and although we’re on the edge of the city, just behind the Bergisel ski jump, it feels like we’re in a completely remote place.

We shuffle through the forests, the trees are tall and slender, but mighty and strong. They glow with an autumn warmth. The colours are magical, the forest is brimming with life and excitement, the sense to explore is strong and overwhelming. We take a steep rough path in the direction down. We descend around 100 meters, passing a tunnel entrance with no barrier. A high speed train shuttles past, rattling the trees, shaking leaves to floor and slightly unnerving us. We didn’t expect that! A reminder that we are still in a metropolitan area. The train is probably heading towards Italy, South Tyrol is just 40KM south through this very valley. Not a cute train like the Pinzgauerbahn though…

Reaching the bottom, we brush past some overgrown bushes and emerge on a green iron metal pedestrian bridge cross the river Sill. The water is a brilliant turquoise colour, the fresh mountain spring water seems to absorb and reflect the autumn shades. We can feel the freeze rising from the water as we look up to the Bergisel ski jump. Looking sleek, strong and powerful and at one with the landscape. The layers of nature, colour and architecture arise a feeling of otherworldliness.

We cross the river and emerge in the forest once again, water trickles down the side of the rocks, crossing the path and tumbling in to the river. I spot a bank on the side of the river and plan my side quest. Photograph bridge and skim stones. I scout a path branching from the main trail, along a stream. Hopping across muddy patches and dodging brambles, I cross what seems to resemble a long deserted hippy camp. I stumble over a large fallen log, separating the forest from the river shore. I lunge over it, toes struggling, reaching for the ground. With a wobble I land and turn to my own secret river beach, but before I can enjoy I run back to the main trail to grab Caroline so she can share it with me. It’s been a while since we have found a secret beach!

We spend a while enjoying the view, taking photographs, skimming stones and chucking rocks in to the river, splashing and trying to wet each other “by accident”. At some point the light begins to dim and hunger sets in, we only came for a short walk but ended up exploring for hours. We wander back to the main trail and walk along the river.

The river is closed

The plan is to follow the river all the way back to Innsbruck where it meets the river Inn. However, we are stalled by construction works. We’re not sure what it is or why the river is closed, but we decide, well, I do, that we should continue anyway. That turns out to be a mistake about 5 minutes later and we head back, Caroline brimming with glee.

There is another trail which heads back up, towards the dragons rocks and there we can join the path we took from the Bergisel ski jump. We pass underneath the Autobahn, the whole structure rumbling above us.

The paths are lined with wonderful plants, flowers and colours. Soft elegance all around and colours that seem almost unnatural, vibrant pinks and reds. The super high contrast colours give a feeling of some strange landscape where an otherwise bleak scene is dotted and interrupted with fluorescent and infrared splurges of light.

We’re about to head down the path back towards the city and home when something catches our attention through the corners of our eyes. A octagonal pavilion, nestling on the edges of the museum gardens, overlooking the whole of Innsbruck. It’s an especially romantic stage, shrouded with large oak trees and the path towards it littered with red orange star shaped leaves.

The pavilion is reminiscent of Habsburg architecture and it is easy to imagine a long haired princess whimsically leaning on the balcony admiring over her kingdom.

We enjoy the view for a while and soon remember that instead of being hungry, we are actually starving. One last admiring view to the Bergisel ski jump and we’re back in town. We pass a small Syrian restaurant on a side street and grab a falafel wrap for 2 euros that is absolutely delicious. Probably the cheapest food in Innsbruck, yet more delicious than most (and the food in Innsbruck is good!)…

How to get there

Innsbruck? By train. Or the other train. Or bus. Maybe even hitchhiking. Really easy. Krimml waterfalls would be an excellent choice for a day trip from Innsbruck, or even Kaprun high alpine dams if you’d like to go further.

The Bergisel ski jump is walkable from the center. Walk as much as you can in Innsbruck, it’s so pretty!

We recommend Couchsurfing for Innsbruck. It’s a student town and there are plenty of people hosting. We got especially lucky and had the chance to stay with two of the greatest guys and while we are totally not biased in saying no one could ever be as perfect, we’re sure that there are other nice hosts out there too. If that’s not your jam, check out Booking.com for some decent deals on accommodation.

The hike around the Bergisel ski jump to Drachenfelsen viewing platform can be found here, including a map. It’s beautiful and really easy, suitable for all fitness levels.

Don’t completely follow the route from the link – It doesn’t go the river, and that was the most beautiful part! We walked down the path that goes next to the railway tracks, crossed the river, walked along it and crossed on another bridge again. If you follow the official route you won’t find the secret pebble beach! We marked our deviation in black on the map below. The original route is the blue line.

Wild and never without schnaps: Innsbruck

Wild and without: 3 day trek in Karwendel Alps - Part 1 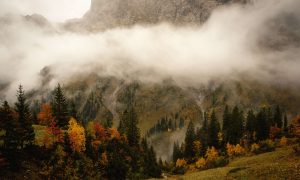 Wild and without: 3 day trek in Karwendel Alps – Part 2 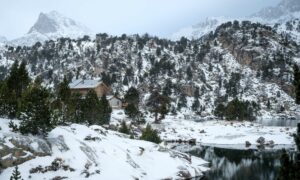 Wild and without warmth: Overnighting at lake Trullo 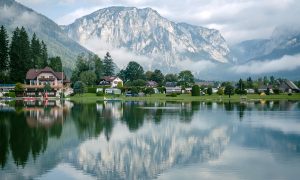 Wild and without a clue how to hitchhike 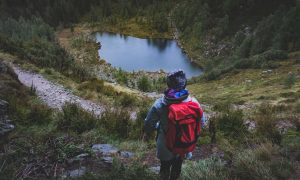 Wild and without a ride