Wild and without worries in Lucerne 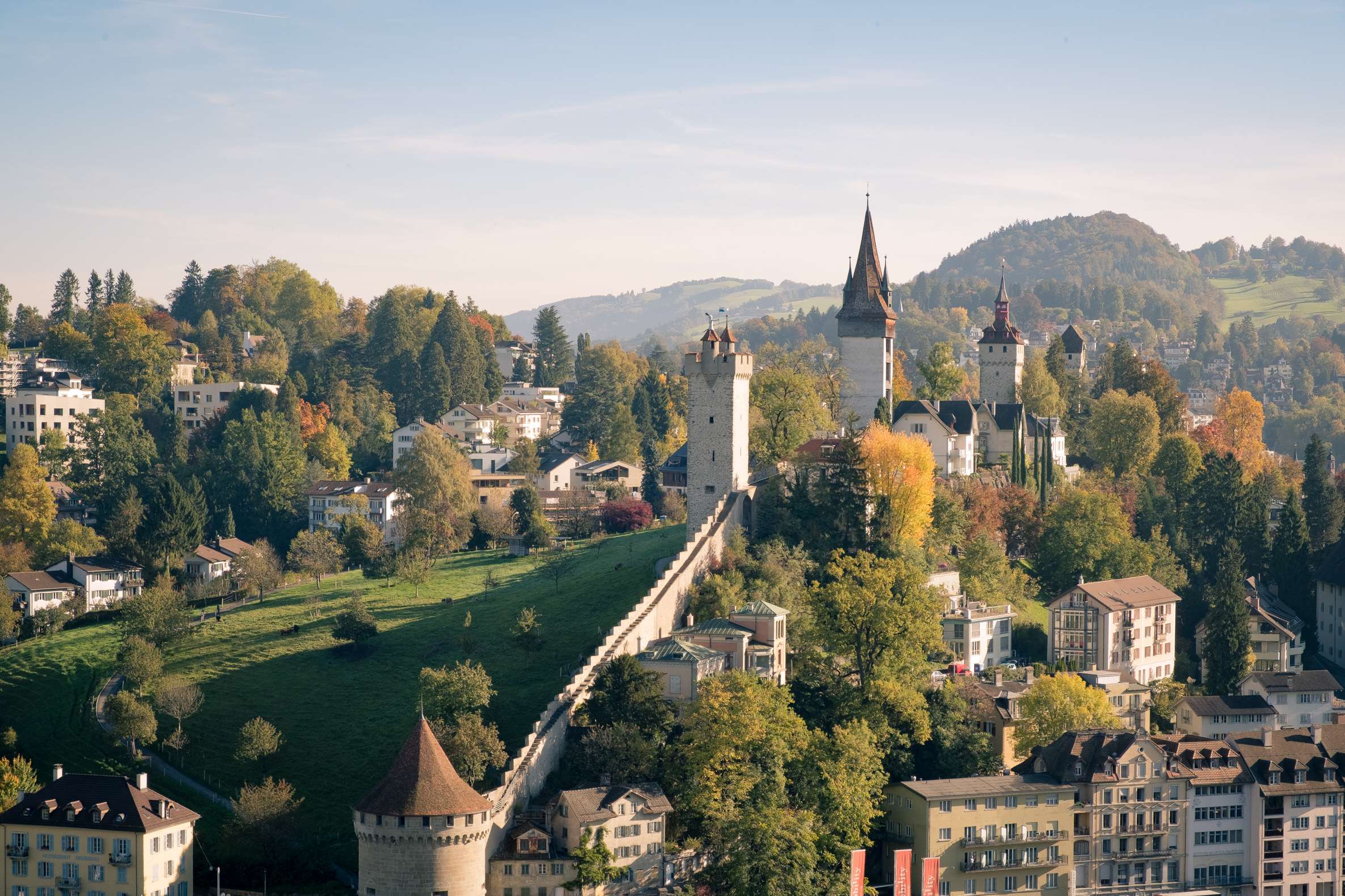 Lucerne is our end destination after a day of epic hitch-hiking-road-tripping through Switzerland. We’re exhausted, hungry and tired but also immensely grateful for the experience and soon doze off.

Feeling refreshed the next morning, we get ourselves ready for a day in Lucerne. This takes a while. After all, we’re in a city now and probably need to look a bit more presentable than our usual yeti-sweatpants-campsite look!

Our campsite in Lucerne is in the city, just a short bus ride or nice walk along the lake to the center. Usually this means the campsite is shabby and depressing but not this one! It’s green, right on the lake shore, quiet and has great facilities. Public transport is free with the guest card but we opt for walking. The weather is perfect and who wouldn’t enjoy strolling on the promenade of the strikingly beautiful Vierwaldstätter Lake?

If you like lakes, check out these links for awe-inspiring lakes in Austria: Grüner See, Spiegelsee, Wolfgangsee and Kaprun dams.

Everyone seems to be in a good mood here and we soon discover one of the sources of their happiness. Lucerne has amazing bakeries! We do as the locals do and buy some fresh pizza buns which don’t even bankrupt us! This day is just great. We’re snacking and staring at the beauty that Lucerne has to offer – and there’s plenty of it!

The whole town looks like the set of a Disney film. Everything is super clean, the air is crisp, there’s green everywhere and the buildings shine in bright, happy colours. We love the medieval houses with their thick walls and small windows where one doesn’t look like the other, and the cobbled pedestrian areas and tiny alleyways adding a touch of mystery to this calm and friendly place. Did I mention the awesome mountain backdrop? The landscape here might actually be connected to the blue and white we see everywhere. They’re the colours of the canton, and one possible explanation for them is that the blue represents the Vierwaldstätter Lake and the white stands for the snow-capped mountains. Makes sense, right? The fair that was going on in town just perfected this view for us.

It’s been a while since we’ve played with a cat so when we spot one on a roof, hidden in between plants, we take it as a most welcome break from marching uphill, towards the walls dominating the cityscape. Needless to say we weren’t successful in enticing the cat off the roof. Just look at its annoyed little face!

Our hearts are broken but we push on, trying to be strong. Soon we are rewarded for it. As we take a break in a cute little park, the prettiest cat I have every laid eyes on strolls over and jumps on my lap. Is this really happening? The little smushface snuggles on to me and seems to enjoy the cuddles so much that she eventually falls asleep. I know we have a tight schedule but sorry, can’t move for now. Must not disturb cat.

Unfortunately we have to disturb the cat at some point. While my heart is shattering into pieces, she just walks to the next couple to get her cuddles. Trying to hold back tears, we march to the city walls. The Museggmauer consists of nine surviving towers and is today 870m long. They’re nine meters high and, fun fact, were apparently already really useless when they were built. More like a medieval status symbol. I found the Zeitturm the most interesting one, with it’s colourful facade and the clock face.

After we walk the walls we head to the next famous landmark: the Kapellbrücke (Chapel Bridge). It’s the oldest wooden covered bridge in Europe and one of the most popular attractions in Switzerland. It bears a sad history as it was almost fully destroyed by a fire in 1993 – caused by a CIGARETTE. Before that, there were 147 beautiful paintings to be seen on the wooden triangles under the roof. Only 30 of them could be fully restored after the fire.

Lucerne’s town center revolves around water; built on the shores of Vierwaldstätter Lake with its many bridges crossing the Reuss, it gives you a feeling of freedom and refreshes you. As the sun goes down, the water is starting to glitter and we’re almost euphoric at the sight of the beauty here. Time to head back to the campsite. We’re starving and we have big plans for dinner tonight!

Since the campsite has massive grills and they’re free to use, we’re in for a treat. We’ve been craving the vegan selections in Swiss supermarkets since we’ve set foot in this country. There is so much variety and we’re especially keen on the meat substitutes by Cornatur. Unfortunately our camping cooker is not ideal for this kind of food but tonight is the night! We grab some vegan cevapcici and veggies. Now we just need some beers and we’re good to go. Except that we’re not because the biggest supermarket chain in Switzerland doesn’t sell alcohol. We’re natural problem solvers and stop at a petrol station for some squirrel beers and finally get back to the campsite to start cooking. In the dark. Bad time management as usual but still delicious!

While the last paragraph may sound like we had a boozy night I can assure you that our bed time on this trip is around 10pm. Too cold, too dark, too exhausting. In a way that’s good because we wake up bright an early the next day and manage to go for another walk around town before we leave Lucerne later on. Yesterday we saw a super pretty building on a hill overlooking Lucerne. Today we’ve decided to find out what it is. This involves more uphill walking but at least it’ll burn off the countless Swiss pizza slices.

As we arrive at the top we’re rewarded with an amazing view and enlightened by the realisation that there would have been a funicular taking guests up the hill. Oh well. Look at the view! If you don’t feel like you’re in a Disney film after looking at the walls and pointy towers surrounded by greens in the warm sunlight then I don’t know. I feel like a princess; a feeling that is only intensified after finding out that the spectacular building behind us is Chateau Gütsch, a stunning castle hotel with a long history of changes.

In 1590, the Gütsch tower, part of the city fortification, was built here and almost 300 years later, an inn was built and later on extended into a hotel. Most of these structures burned down in a fire in 1888. The hotel was restored in 1901 but closed down soon during WW1. In WW2 it was turned into housing for prisoners of war, refugees and emigrants, and only reopened its hotel doors again in 2014. The funicular that we will be taking on our way down soon was built in 1884!

And if that wasn’t enough cool history for one place already: Queen Victoria also stayed here. We won’t – We need to get to Interlaken today after all!

How to get there

It’s Switzerland so your number one option is by train. There are connections to a lot of major cities in Europe. To fly in, Zürich airport would be most convenient.

Things to do in Lucerne

We loved our campsite. It’s right next to the lake, a public beach and the Verkehrshaus and has great facilities and free Wifi. You wouldn’t notice that it’s an urban campsite! You get a discount between October and April. For us it came to 57 euros for two nights. Might sound pricey but hey, it’s Switzerland…

If you are not up to camping then check below for a few deals on hotels!

You get free transport within the city with a guest card. Stick to snacks from the local bakeries instead of meals, they’re surprisingly affordable. Head to Chateau Gütsch for the best view over Lucerne.

Wild and without a conscience: Interlaken & Niesenbahn 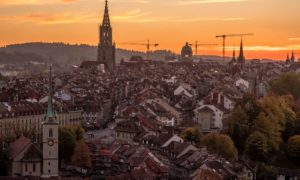 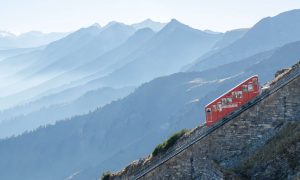 Wild and without a conscience: Interlaken & Niesenbahn 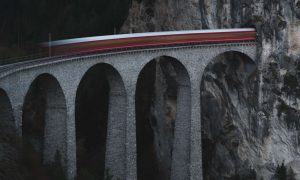 Filisur: On the path of the Glacier Express 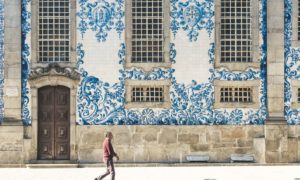