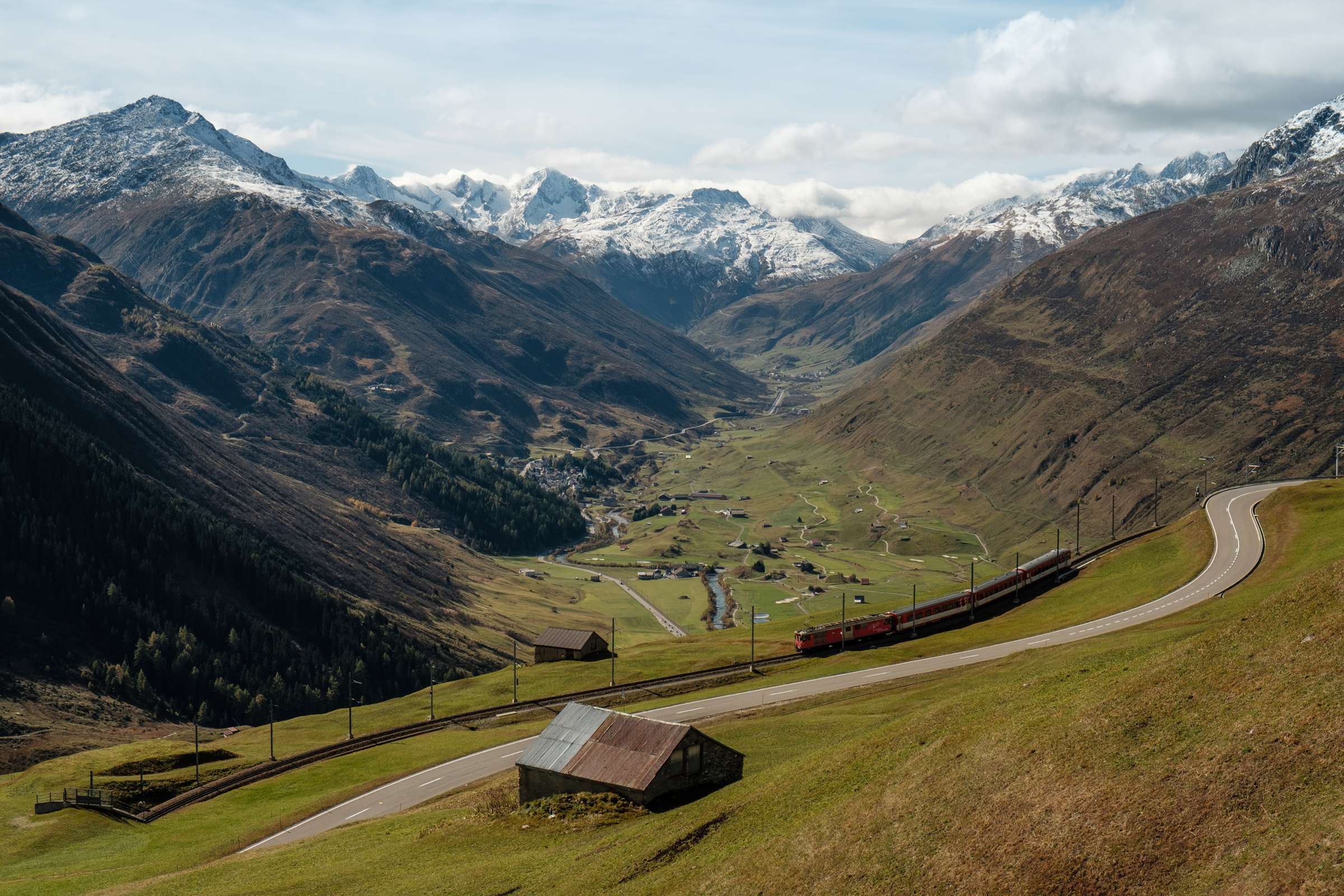 It’s early morning, fog is hanging over the forests and frost covers the ground beneath us. Once again, we’re standing by the side of a road, waiting for some kindhearted person to take us to, well, pretty much anywhere this time! We’re in Filisur, a tiny village on the Glacier Express line in the south-east of Switzerland. At this moment, we have no idea about the epic road trip through Switzerland we’re about to go on.

As hitchhikers, we cover distance in two ways: multi-day treks (like through the Karwendel mountains, part 1, part 2, part 3), or by hitching the shortest and most direct route between A and B. We just want to get to Lucerne today. It’s doable but a long way to go, and so far only one car has passed us. We’ve put Chur on our sign, just to get to a busier road for now. In all fairness, the driver stopped but unfortunately his whole car was filled with twigs and firewood and we couldn’t fit in with our massive rucksacks.

A ride to anywhere in Switzerland

The next car rolls in, aaand it stops! A tall man gets out of the tiny vehicle. He looks at the sign and is noticeably thinking. “Hmm, Chur… okay, yes, we can do that.” We’re a bit confused – either he’s going to Chur or not, right? But he looks nice, so we don’t ask questions and just get in. While we drive off, he asks us the standard questions – where are we from, what are we doing, how’s it going with the hitchhiking, and most importantly, what on earth have we done in Filisur? Hiking & Trains! As we’re already halfway to Chur, it emerges that we don’t actually want to go there. When we ask Thomas, where he is going, it turns out, that he doesn’t actually know either!

The beginning of a beautiful day

We establish that he likes driving. Just not on big roads, they bore him. He’s got a day off. The next stop on our planned hitch route to Lucerne would have been Andermatt so we sheepishly ask if he would drive us there? Yes, he would! But not on the big road. And so our adventure begins…

… Because when Thomas said no big roads, what he meant was exclusively tiny horrifying roads crumbling away under our tires. We dig it – The views are spectacular! He takes us on a small road carved into the side of a mountain, right next the the Ruinaulta gorge of the Vorderrhein river, one of two rivers making up the source of the Rhine. While navigating the narrow road, he tells us all about the geography of the area, the origin of the Rhine and its history that began 10,000 years ago. An awful lot of rocks crashed down the mountain, and the Vorderrhine made its way through them in the subsequent few thousand years. We’re impressed but also get distracted by the amazing scenery we’re driving past.

Our first stop is the Zault observation deck where we enjoy impressive views of the “Grand Canyon” of Switzerland. We’re particularly happy to get another peek at the Glacier Express route meandering around with the river through the valley. Still, we cannot quite grasp that we’re on a road trip with a person we don’t know who offered to take us through Switzerland for free, all while possessing more knowledge than any tour guide would! We don’t have time to contemplate our luck, because off we go, back on the terrifying bends of the tiny old Versamerstraße road.

The next point of interest is the Versamer Tobel Bridge. It was built in 1897 over the Rabiusa which translates to “the raging”, a tributary of the Rhine. The bridge has since been replaced by a concrete one for cars but cyclists and pedestrians can still walk across the old one. On the picture below you can see two tunnels in the middle right hand side of the photo. This is the road coming from Chur that we drove on.

We continue our road trip to Ilanz where we cross the Vorderrhein and continue on on the other side on Oberalpstraße through picturesque little alpine villages and past bright green hillsides. All of the Swiss countryside just looks like a romantic painting, everything is so beautiful! It’s hard to imagine that the massive Gotthard tunnel, almost 17km long, is running right underneath us. We’re going past the ruins of Kropfenstein Castle and the gorgeous wooden Gronda bridge. Both would be a pretty stop but we don’t have any time to lose, we’ve got big plans!

We can feel the air getting cooler and the landscape changing as we go higher – Next stop Oberalp Pass! We climb up the windy road and stop at the opening. This is the border between the Uri and Grisons cantons, a station on the Glacier Express and the pretty impressive Oberalp lake. And if all that wasn’t enough on 2044 meters, there’s helicopters carrying huge construction pieces flying around, getting the area ready for ski season. We are duly impressed but also freezing cold so we hop back into the tiny, warm car and go back down on the other side.

Check out some of other posts about mountain lakes: Gruner See, Spiegel See & Wolfgangsee and the crazy turquoise high mountain reservoirs at Kaprun.

On the hunt for the Glacier Express

As we drive towards Nätschen train station, we see a red Clacier Express train coming closer. Thomas slams on the brakes, Aydin jumps out of the car, frantically piecing his camera gear together as he runs to a spot from where he can get his perfect Swiss train shot. Only then we realise the picture-perfect view over Andermatt, a ski village situated between two famous mountain passes where the rich and beautiful spend their winter.

As we tick one mountain pass off, the next one is on the agenda. Gotthard Pass is probably one of the most famous destinations in Switzerland. When we planned our trip we really, really, really wanted to go here! Unfortunately we’re two hitchhikers without a car, and hiring one, or even a driver in this country is way beyond our means. We sighed and put it on the laterbase. Well, the laterbase is happening now! Thomas, our hero, is directing the car towards the beginning of the pass while casually rattling about its history, going in the complete opposite direction of our actual destination!

A mountain pass full of history

Up on 2106M, we stop at Lago della Piazza, one of the many lakes on top of the pass. While we’re eating a quick cereal bar (first food of the day!), Thomas recounts his visit to this place when he was a child. There is a museum here that commemorates the fascinating history of the pass and its surroundings. Although known for much longer, the pass has “only” been used since the 13th century. The whole pass is basically a fortress, with tunnels and bunkers everywhere. Thomas points them out on the side of the mountain as we listen, completely stunned. The dimensions are enormous. The most recent expansion was during WWII, as the Gotthard Pass was part of the National Redoubt, the Swiss defensive plan against a possible German invasion.

There are two roads going up and down, the new one and the old one. The latter was built in 1827 and is still all original with its cobblestones. Plus, you can still drive on it! Thomas strives to provide the full program, so we go dow the other side on the new road, and up again on the old one, with plenty of stops to take photos and enjoy the surroundings. We’re as happy as can be, finally our dream of experiencing the pass came true!

It’s getting late now and we realise that we have quite the way to go to Lucerne from here. This is something we refused to think about all day long. In the end, it doesn’t really matter where we end up, we can always just pitch our tent anywhere! Luck’s on our side today though because Thomas lives in Zug, about twenty minutes from Lucerne! We’re happy and relieved, we’ll be able to get a ride from there easily!

We’re in for the last scenic ride, past Devil’s Bridge and through the terrific and frightening Schöllenen Gorge, starting just after Andermatt. It has become quiet in the car now. The three of us are tired, Thomas from driving and talking and us from listening and taking in all the beauty. We’re all happy though and I can’t help but wonder what’s going on in Thomas’ head.

He has a tragic past but has developed into such a wonderful human being, caring, generous and knowledgeable. What kind of person picks up two total strangers and takes them on a road trip through the whole of Switzerland, after all?! Thomas does, and we’re so grateful for this experience.

As the day comes to a close, Thomas pulls a last minute Thomas-move and decides to drive us to Lucerne, right to the entrance of our campsite. Our goodbye is heartfelt and our thankfulness eternal. We’ll never forget this day!

You’ll need a car for it to do it in one day. It’s also doable by train (as everything is in Switzerland) but you’ll need more time and you won’t be able to stop as frequently. We’ve marked our route on Google Maps below so you can retrace it.

Filisur: On the path of the Glacier Express

Wild and without worries in Lucerne 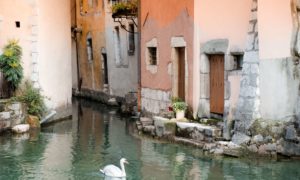 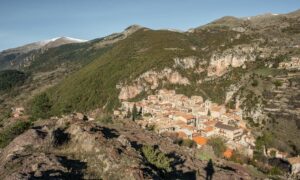 Wild and without enough time: Catalonia to Portugal 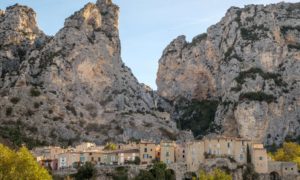 Wild and without the French Riviera: Hitching to Verdon and Moustiers-Sainte-Marie 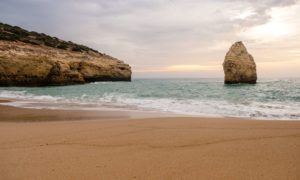 Benagil to Faro: All along the Algarve

Llandudno sunset from back in June, finally gettin

Another one from the same location as yesterdays p

A beautiful sunset through the bright yellow leave

Another classic view from Florence. How can you sa

Thick fog and vineyards is my new favourite subjec